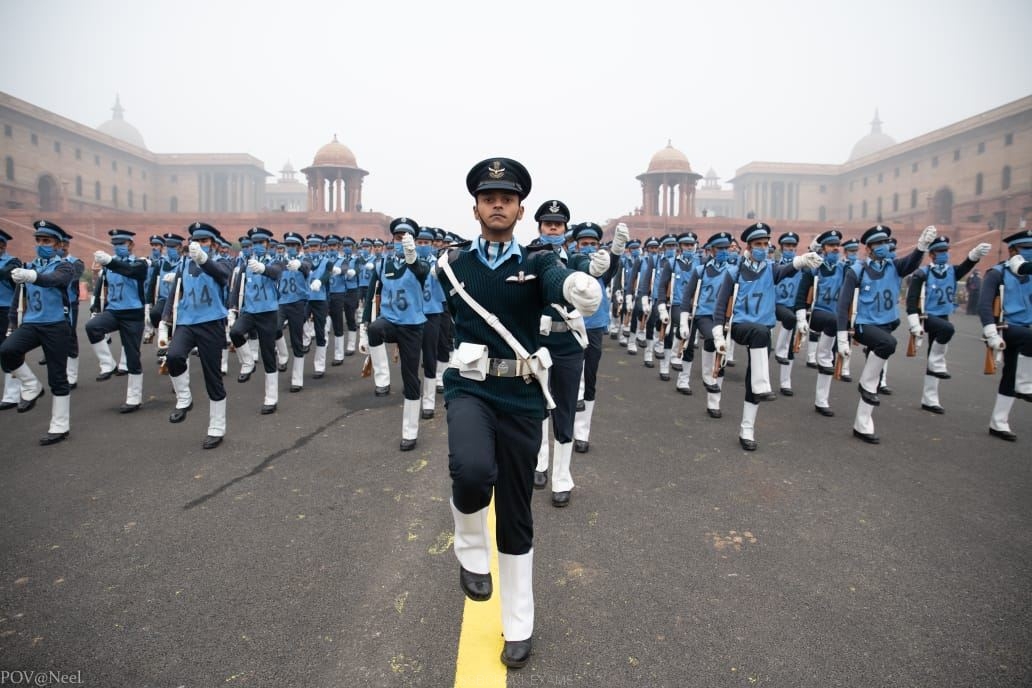 (Pictures belong to their respective owners)

Parade rehearsal on full swing ahead of Republic Day, Amid winter chill and foggy conditions, security forces carried out Republic Day parade rehearsals in the capital on Monday morning. Group of special forces, along with senior Indian Army and paramilitary personnel, reached Rajpath at 5 am and practice till 10 am.

Indian soldiers were seen wearing masks and maintaining social distancing during the rehearsal of the parade. People gathered in large numbers to witness the rehearsal parade as they clicked pictures and captured videos on their mobile phones.

In a show of respect to India and to commemorate its 50 years of the Liberation War, Bangladesh Tri-service marching contingent and the ceremonial band will participate in this year’s Republic Day parade at Rajpath in New Delhi.

The Indian High Commission in Bangladesh stated in a release that a contingent of 122 proud soldiers of the Bangladesh Armed Forces, departed for India in a specially sent IAF C-17 aircraft. The contingent will participate in India’s Republic Day Parade in New Delhi on 26 January 2021.

“A majority of the soldiers in Bangladesh contingent come from the most distinguished units of the Bangladesh Army, comprising of 1,2,3,4,8,9,10 and 11 East Bengal Regiments and 1,2 and 3 Field Artillery Regiments, who have the distinct honour of fighting and winning the 1971 Liberation War,” informed the release.

India will celebrate its 72nd Republic Day on January 26 this year, honouring the historic date when the country completed its transition towards becoming an independent republic after the Constitution came into effect.

(Pictures belong to their respective owners)