Children in schools today are taught to read and write through phonics – which teaches children to say the sounds made by letters or groups of letters and then blend them together to make words. Whichever way you’re taught, no one can disagree that learning to read and write should be something that’s both magical and engaging. That’s the aim of Mr Thorne does Phonics.

Through his YouTube channel, phonic apps for the iPhone and iPad and his trusty sidekick Geraldine the Giraffe, UK teacher Christopher Thorne is teaching phonics (which uses letters and sounds to help reading and writing) to children, parents and teachers from all over the globe.

Mr Thorne’s videos, apps and educational content introduce pupils and classrooms to phonics, phonemes, blending and decoding words, while encouraging them to practise pronunciation, word recognition and phonic rules in fun and practical ways. What began life as a tool for teaching staff, parents and students has now turned into a worldwide phenomenon – and his vast suite of apps now includes maths, grammar, punctuation and spelling activities.

We sat down with Mr Thorne himself to discuss how Mr Thorne Does Phonics came about, his ever-growing audience and what’s next for Geraldine… 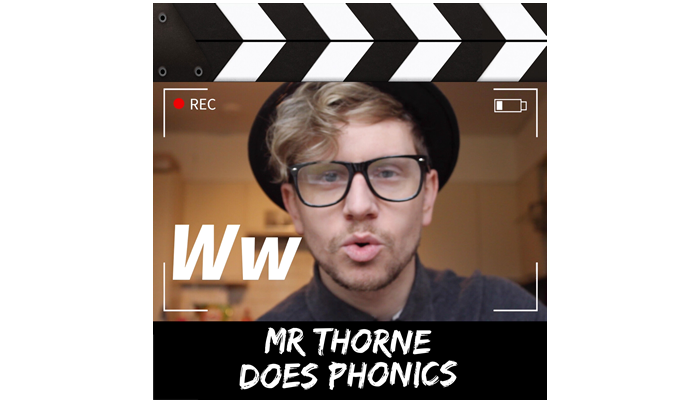 What first inspired you to set up the Mr Thorne YouTube Channel?

Essentially, I set up the Mr Thorne YouTube Channel in response to parents’ requests for information on how we teach reading skills at school.

To begin with, I decided to publish a number of online tutorials back in 2006, on a little-known platform called ‘YouTube’. The episodes grew in popularity, spurring me on to make more and more.

11 years – and 650 videos later – the channel has become a labour of love and dovetails into my everyday teaching. The stream of positive messages from viewers across the world make my seemingly small five-minute digital contributions appear all the more worthwhile.

What made you decide to then create educational apps?

A parent at the school I was working at in 2010 mentioned that there was a market out there for digital content on mobile devices. With support from a few other parents and a call out to Twitter for an app developer (Doug Stitcher of Angel Applications/ Deputy Head of a school in the north of England), I began to port my YouTube clips onto an app: Mr Thorne Does Phonics – Letters and Sounds.

One app became four and this figure only kept growing as more and more ideas were generated. Subsequently, I started designing apps for grammar, maths and comprehension. The total number of apps now stands at 27!

You teach children to read and write through synthetic phonics. Can you tell us more about this method of learning/ teaching?

The systematic synthetic phonics approach to learning to read is evidence-informed and it involves teaching the English writing system – the alphabetic code – and the phonics skills to be able to read and spell technically. The learner links sounds (phonemes) to letters (graphemes) and by blending these sounds together they can begin to read words, to ascribe meaning and unlock language.

The vast majority of adults use a form of phonics for reading and spelling unknown words but don’t even realise they are doing it. Offering children the keys to unlock the alphabetic code will allow them to read new and unusual words with more success than other reading methods and learning to read will progressively become ‘reading to learn’.

How did you learn to read when you were little?

When I was at school, we were taught via the analytical approach, focusing heavily on initial sounds: c is for cat, d is for dog. There was an emphasis on guessing from the sight of a particular word. It is a slower process but still worked with me: I can read! 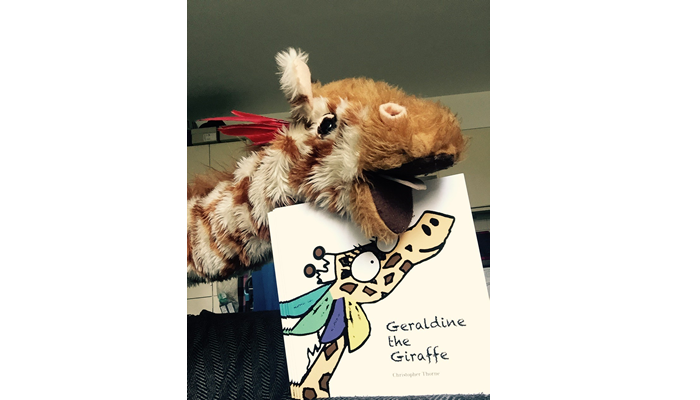 What made you decide to use Geraldine the Giraffe and how was she created?

Geraldine was a puppet given to a close friend of mine at a hen party. She bequeathed the puppet to me and I began making YouTube videos with Geraldine as the central character. Children really took to her silliness and she truly has superseded my success.

How do you approach coming up with a new video or a new app– what research do you do?

Working in schools full time, it is often easy to see the areas where there are educational gaps.

App usage is growing in the classroom and using small games to supplement teaching and learning can add that exclamation point to a learning outcome. If my class are struggling with the understanding of, say, irony, I will make a video about it to help them and others.

My most recent app, Mr Thorne’s Wordsearch Championships, has a boxing theme with championship belts for victorious word-hunters. Another of my apps, Mr Thorne’s Phonics Myths and Legends, is aimed at older pupils, for whom reading may not come naturally.

Geraldine’s suite of apps are for young learners who are beginning their reading journey.

Children from all over the world seem to have reacted phenomenally well to your apps and videos. What’s your favourite success story so far?

Some of the most heart-warming emails and fan mail I have received are from adult learners, who, in their senior years, are learning to read and write. Their handwritten letters to me with thanks for my tutorials were extremely moving.

Similarly, I have received a class set of birthday cards for Geraldine the Giraffe all the way from Australia. I surprised a teaching assistant at a school in Derby last summer with a visit to her school, Geraldine in tow. The school children were awestruck and I was equally as amazed at the strength of Geraldine’s success. 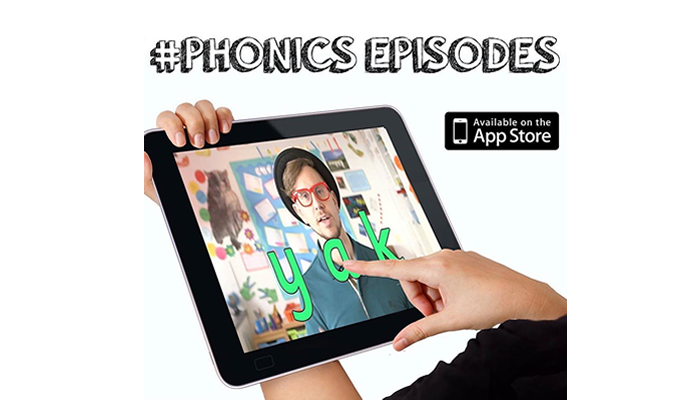 What’s your favourite video that you’ve ever made?

Some of my newer content is more professionally edited, as I have improved the camera work and sound. I am really enjoying making the humorous Geraldine episodes.

I aim to keep the production values fairly low. I think that is part of the charm – I am an indie developer with knowledge of what works in the classroom.

What’s next for Mr Thorne (and Geraldine of course)?

I aim to release one video each week, either with Geraldine or myself, teaching phonics or grammar. I now teach older children and this has led to a broadening of my English teaching to including narrative, poetry and literary techniques, so this is likely to keep me publishing on YouTube for some time.

Geraldine will be featuring in her second book (once I have written it) and her effervescent and cheeky charm will continue to enthuse young learners for many years to come.

Thanks Chris for talking to us! More on Mr Thorne’s videos, apps and merchandise can be found here: http://youtube.com/mrthornenetwork. You can also keep up-to-date with what Mr Thorne and Geraldine are doing next by following Mr Thorne on Facebook, Twitter and YouTube.

Do you remember how you learnt to read? Let us know in the comments below.